August 28, 2009
So I just heard the news about DJ AM. As of right now, I'm checking TMZ frequently cuz they keep updating every few minutes or so. As of right now the body still hasn't been removed from the apartment, according to TMZ. RIP Man...

SO as with all the deaths displayed heavily in the media last year, as well as with the non-celebrity deaths I've dealt with, I've been heavily reflecting on life. The death that had the biggest impact on me was the death of my grandfather on 1 June. Some of ya'll saw me lose it through Twitter, because I got the news when I was alone in my house. I had spoken to my sister but she was at work. My grandfather at the time was showing signs of dementia, and he was suffering. One of his sisters had to be with him at all times so he wouldn't wander out of the house. He was scared because he kept forgetting where he was, even in his own house and even once while he was driving home. He had made numerous phone calls to my mom in the days leading up to his death, telling her he wasn't sleeping well. He was having nightmares. One of his sisters found him in his room around 9AM Monday. He had sat himself down in front of the mirror in his room and shot himself in the head.

DJ AM's death hit home for me because of the circumstances so far. That last tweet I posted above, the pill bottle found in his room...the inner struggle he had to have been going through...I was discussing it with my mom and she was telling me that some people, when they get depressed, they just SUFFER inside and it eats at them and they just can't take it anymore. I thought to myself, "He could've called someone! I'm sure he had so many people that loved him that would've been there for him." Just like my grandfather. I would've been at his door in a second had I known he was thinking of killing himself. I'm sad all over again.

In the end, I know that God makes no mistakes. He brought those that were suffering to Him and they are no longer suffering, and I feel peace knowing that. I visited my grandfather a week before he died. I had a cold, and when we got there my mom told him not to hug me, cuz he had just gotten out of the hospital. He said "Ain't no lil cold gonna keep me from huggin my baby!" and we hugged, and I kissed his cheek. We were there for an hour, and as we left we told him we love him, and he said he loves us. So I KNOW that he loves me and he knows I love him! Still...the thought of what he must've been going through pains me greatly. The fact that he is no longer suffering brings me peace, and I pray that all of the loved ones of DJ AM find that same peace, for he suffers no more.

I'm sharing this with you all because to me, writing and blogging is like therapy. Letting the world know that I am happy, I am sad, I am HUMAN...it's therapy.

That's all. I mean I know ya'll see me Twittering and I know that yall are thinking, "WTF is she all worked up for?" Thought I'd fill you all in.

But once again, prayers and condolences go out to DJ AM's fam, friends, fans, and all loved ones.

God makes NO mistakes, yall. Be thankful, celebrate!!! Strive for happiness, love, LIFE! All of this negativity that I see all the time is just downright STUPID. It's ridiculous and it's not worth the strain placed upon people's hearts and their spirits. We are blessed! 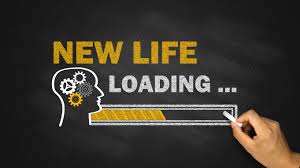