Showing posts from January, 2010
Show all

To Be or Not To Be.. Celibate?

Wait a sec.. that's not right.. As some of you all know (and some of you don't know) I took a vow of celibacy on 1 January 2008 that lasted nearly a year and a half. At the time, I was depressed, held nothing in my heart but self-hatred. I didn't even like looking in mirrors because I hated having to face myself. I thought that I needed other people to make me feel special, especially a man. I was engaged at the age of 20, and single by the age of 22. I've been single since, but still felt like I needed a man to feel complete. I couldn't be satisfied with myself. Even though I involved myself (aka had sex with) 2 other people after I broke my engagement, and even though I was happier without my fiance, I was still unhappy with myself. I realized that sex and men weren't the answer. Not to mention, all of the sex I'd had at the time SUCKED. I'd never even had an orgasm before. Nothing was worth it. I was WEAK. Finally, I said "fuck this" and
4 comments
Check out the rest!

January 13, 2010
Okay. Just because this was so darn cute and made me smile I had to put this up before I hit the bed. This incredibly adorable little creature is called a sugar glider. His owner named him Furbat. If your spirits aren't lifted a LITTLE bit after watching him eat his apple, you are heartless, cuz this is TOO cute. I WANT ONE!!!!!!! GOODNIGHT!!!
Post a Comment
Check out the rest! 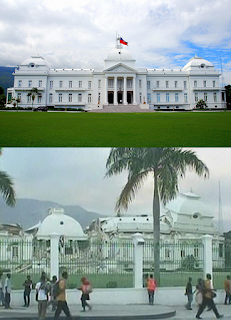 Prayers definitely go out to everyone in Haiti as well as everyone outside of Haiti that was affected by this tragedy. As you all know, a 7.0 quake hit them and now they are suffering severely. However, you can help. All you have to do is text the word YELE to 501501 and you can donate $5 to assist Haiti. The 5 bucks gets added to your next phone bill. From my Twitter page. I'm not going to post any other pics or any video because it's too difficult for me to watch. I don't want to make anyone else uncomfortable. However, I did donate my $5 and I encourage you all to to the same!! Look beyond what you're used to and take part in something bigger than yourself. If you don't have $5, at least offer the power of prayer, which means even more than money. Include them every time you bow your head in prayer. I thank you and I'm sure the people of Haiti thanks you as well!!
Post a Comment
Check out the rest!

Footage from my Graduation!! 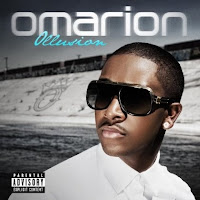 As you all know, I was BIG on Omarion a few years ago. So I decided to post this blog for "old times sake" lmao plus I heard and watched the video for his new single "Speedin" and I'm in love with it! I like "I Get it In" and "Hoodie" as well but ya'll know me: I LOVE sangin men! Gotta love a good ballad. With that said I wanna encourage everyone to go out and buy the album! For TODAY only you can cop it on Amazon.com for the lowlow price of $3.99!! I know yall can afford 4 bucks so go ahead and jump on that, son! I previewed all of the songs and the album is awesome! (My computer has a virus or something so I can't download. I'll be picking it up from the stores later.) If you love good R&B and if you love O this album won't disappoint! Here is the video for "Speedin." TELL me it aint HAWT! CLICK HERE TO BUY THE MP3 VERSION OF THE ALBUM FOR $3.99! 12 JANUARY 2010 ONLY!!!
Post a Comment
Check out the rest! 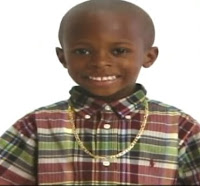 I just wanted to take the time out to send out my deepest prayers and condolences to two individuals who's stories have recently touched me, and their families: Marquel Peters and Mitrice Richardson. Marquel Peters Marquel Peters was a 4-year-old boy who LOVED going to church. Once he cried because his ride to church was running late and he thought he would miss church that day. Anyway, this new year's eve he and his mother were celebrating the New Year in church when someone shot throught the roof, striking Marquel in the head and killing him. He was his mother's only child, and it doesn't seem like his father was in his life, as I've heard no mention of a father. However, the whole church loves him dearly. I think this story touched me because I have a little brother with the same name (Markel) who passed away (stillborn). Had my brother lived he would've been around the same age as this kid. I feel for the mother.. I know how hard this must be for her. It
Post a Comment
Check out the rest!
More posts